You Won’t Believe Your Eyes! This Rescued Raccoon Thinks She’s One Of The Dogs!

This incredible raccoon lives inside the house, eats human food, plays with the dogs and even knows how to use a toilet.
COMMENTS 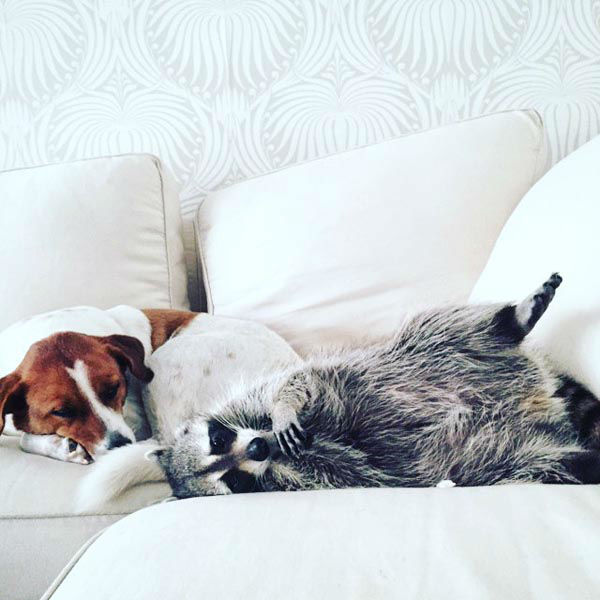 NASSAU, Bahamas — An orphaned raccoon is winning hearts all over the Internet with her Instagram account. The account, called “Pumpkin The Raccoon,” shows her living life just like a dog alongside her canine siblings. After falling from a tree and breaking her leg last fall, Pumpkin was rescued by a woman named Rosie Kemp when she was just 1 month old. Upon discovering the little baby, Rosie and her daughter Laura waited to see if the mother would show up while nursing Pumpkin back to health. But when the mother never showed, Laura decided to continue to raise the little raccoon at her home with her husband William and their two dogs Toffee and Oreo.

Fast forward a year later, Pumpkin is now officially a part of the Kemp family and she truly believes that she is a dog just like Toffee and Oreo. Although Laura admits that raising Pumpkin has been a lot of work, as raccoons are very intelligent and aware, it’s been worth it.

Despite being a wild animal, Pumpkin is well adjusted to life within a house and she enjoys the luxuries that come along with being a domesticated pet. Pumpkin loves air conditioning, eating watermelon and eggs, and she even knows how to use the toilet. Take a look at the incredible photos below and follow Pumpkin on Instagram here to see more of her adventures as a “dog.”

Pumpkin was only one month old when she was rescued from the backyard.

Like your average dog, Pumpkin enjoys napping, eating, and playing with her doggy playmates.

The raccoon when she was first rescued a year ago.

Her level of intelligence and awareness made raising her a full-time job.

She knows when the dogs have had enough of her climbing on them.

It is legal to have a raccoon as a pet in the Bahamas.

Rabies don’t pose as much of a threat on the Island as in the U.S.

Pumpkin even knows how to use the toilet.

Because the raccoon was raised in a house, she might not be able to survive in the wilderness if they ever let her go.

A snuggle session like this is common in their household.

Pumpkin loves her siblings and thinks she is just like them.

Believe It Or Not These Cats Are Running For Office This Election Season!
COMMENTS 0