There various breeds being kept there like Boston Terrier's, English Bulldogs, Rat Terriers, Pomeranians and Schnauzers, will all soon be searching for their forever homes.
COMMENTS 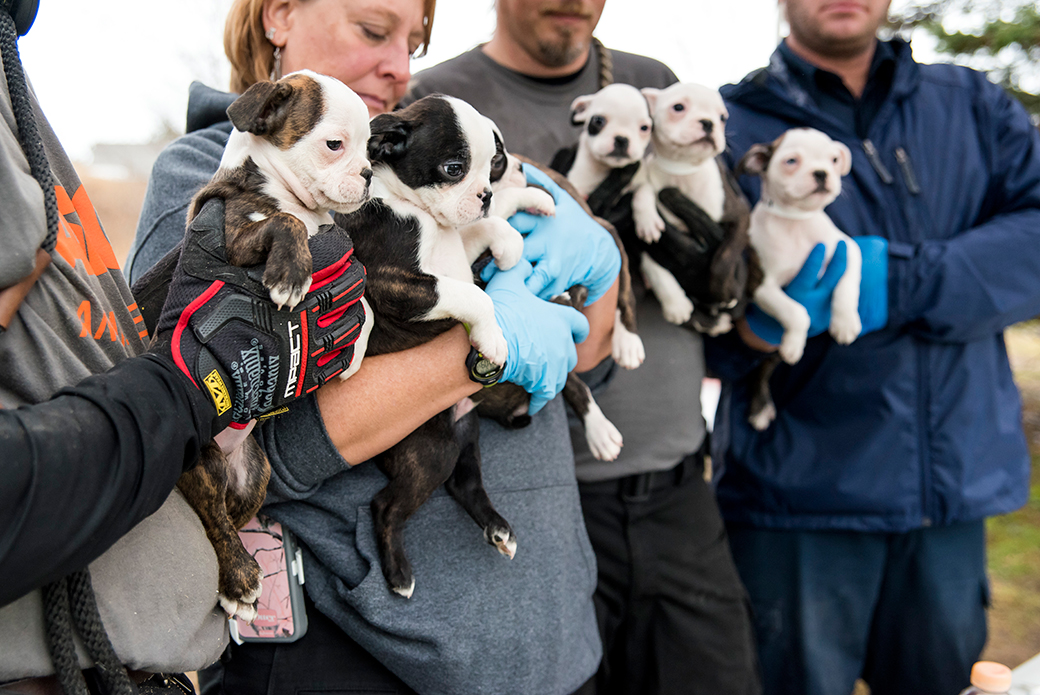 MIO, Mich. — An animal cruelty investigation in Oscada County has led to the rescue of over 50 dogs living in overcrowded and unhygienic conditions. It is believed that the home the dogs were seized from, was operating as a puppy mill. The dogs ranged in ages from 4-weeks-old to adulthood, and there were 8 English Bulldogs, Rat Terriers, Boston Terriers, Pugs, Pomeranians and Schnauzers among the breeds being held there. The dogs were being kept in the basement or the shed, in small pens and cages. A lot of the dogs are now suffering from an array of health problems like respiratory, eye and fur issues. All of the dogs are currently being checked out by a vet.

READ MORE: OVER 100 DOGS LOOKING FOR A NEW HOME AFTER PUPPY MILL RESCUE

Oscada County Animal Control, reached out to the American Society for the Prevention of Cruelty to Animals for help in seizing the dogs from what was believed to be an unlicensed breeding facility. Animal control first received a tip from a concerned citizen and on Monday November 14th, responders then spent 8 hours at the home removing all of the dogs from the property.

It has been noted that there were multiple people living at the house and that the entire place was unclean. According to authorities, this illegal puppy mill has been operating for years and they now hope to track down the people who bought dogs from this place. For now, the dogs are all being kept at the ASPCA, until the organization gets full custody and is able to send them to various local shelters. The ASPCA believes they will be able to place most of the dogs, if not all, into permanent homes. Oscar County Animal Control Officer Andrew Thompson, released a statement urging people “to report any suspected cruelty to law enforcement or animal control,” in the future.

READ MORE: WHAT RESCUERS FOUND AT THIS FAMILY’S BREEDING FARM IN AUSTRALIA IS SHOCKING

Some of the puppies were as young as 4-weeks-old.

There were over 50 dogs being kept there.

The generosity of this man started when a cold dog needed some boots. What happened next is truly inspiring!