Veterinarian Gets 3 Month Suspension And $85,000 Fine For Misdiagnosis

The veterinarian was found guilty of professional misconduct for a case in 2011.
COMMENTS TORONTO — Veterinarian Jonathan Mitelman has had his license suspended for 3-months and has been given an $85,000 fine, after he was found guilty of professional misconduct for misdiagnosing a dog in 2011. The German Shepherd/Alaskan Malumute mix, was first admitted to his clinic after she was unable to walk due to another dog jumping on her. While one of the veterinarians initially diagnosed the dog as having a fractured disc, Mitelman contested the diagnosis and suggested the dog may never be able to walk again.

READ MORE: DOES YOUR VETERINARIAN OWE YOU A GUARANTEE?

The veterinarian recommended that the owners take their dog to a neurology specialist and start to consider the possibility of euthanasia. However, as it turned out the dog just had a fractured leg. Finally on June 24th, 2011, Mitelman repaired the fracture with a pin but failed to give the dog an adequate amount of pain killers. During his hearing last week, it was also revealed that Mitelman falsified records indicating how he treated the dog. 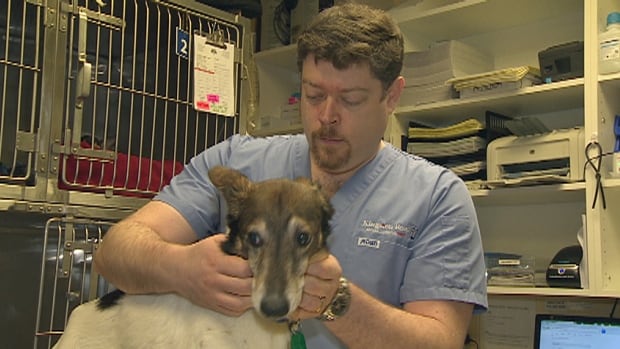 Mittelman was sentenced last week on the basis that he, “failed to ensure adequate X-rays, to identify the fracture of the right femur in a timely basis,” “failed to properly examine, assess and monitor the dog,” and that he “falsified records and failed to provide adequate pain management.”  The dog was euthanized on October 5th 2011. After his sentencing, Mitelman issued a statement saying, “It was an honest mistake, it wasn’t a reckless decision,” and that if he could change done thing about the incident it would be that he would take more time before diagnosing. . The video has since been removed.

READ MORE: TEN QUESTIONS EVERYONE SHOULD ASK THEIR VETERINARIAN