The kitten isn't let her deformity get in the way of her happy ending.
COMMENTS 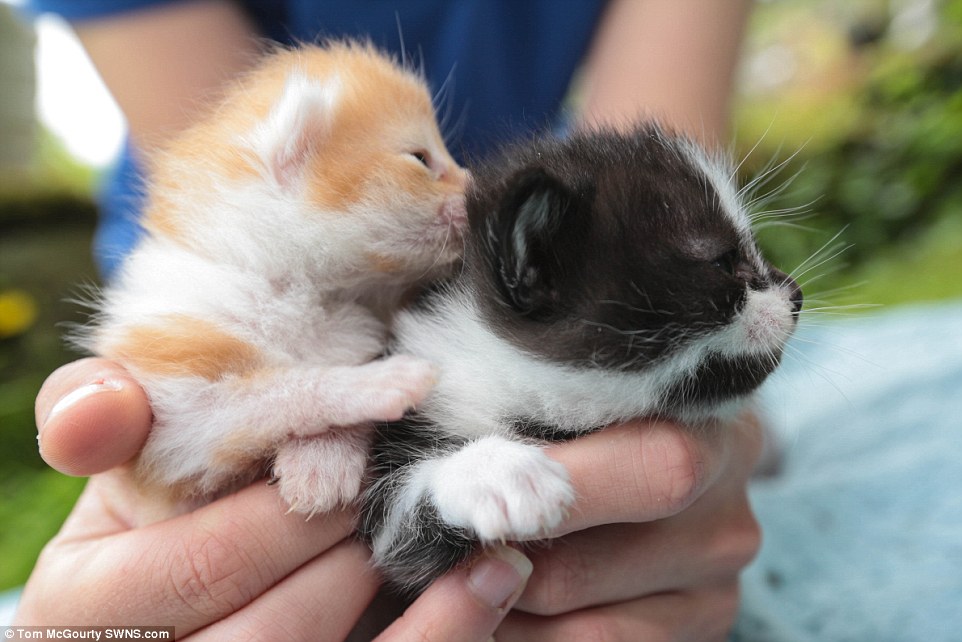 KEIGHLEY, United Kingdom — A rescue kitten is searching for a home, after being born with abnormally large paws due to a rare condition. Yorkshire Cat Rescue saved the cat’s mother, three weeks before the kitten, named Mia, was born.  It didn’t take long for staff to notice that her front paws were much larger than other kittens her age.

The rescue acknowledges that they have never seen a cat with this condition and say that it could be due to inbreeding or just a case of bad luck. Rescue Manager Sam Davies revealed, “She has very short bones in her front legs and huge paws – something we haven’t seen before.” Due to her irregularity the kitten is now under surveillance, in case, further complications arise, but the rescue is hopeful that she will grow into a happy, healthy cat and learn to deal with her paws.

The kittens are much larger than other kittens of the same size.

The kittens are much larger than other kittens of the same size.

Her leg bones are also shorter in the front.

As a result, the kitten will need to be monitored.

The rescue says she is likely to grow up to be a healthy and happy cat.

Davies adds, ‘When kittens have such obvious and visible birth defects, there is always a chance that they might suffer from other associated conditions which we can’t see.” For now, Mia is doing perfectly fine, and you can follow her progress on the rescues Facebook page.

READ MORE: GOOD SAMARITAN THINKS KITTEN IS DEAD, BUT THEN SHE TAKES A BREATH