The moment these dogs knew they were being rescued.
COMMENTS 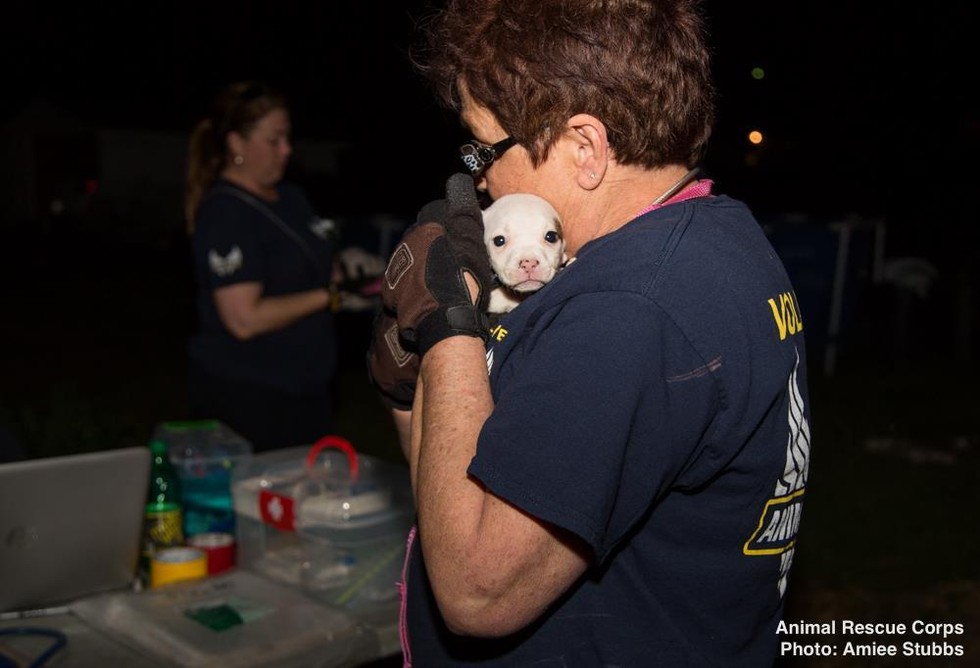 HUNTINGDON, Tenn. — When the Huntingdon police department arrived to investigate a home on Sunday evening, they had no idea that they would find 22 abandoned dogs. Two Pit Bulls, thirteen Chihuahuas, one Norwich Terrier and a litter of puppies, were all suffering from a range of illnesses and living in squalor. Upon seeing the neglectful conditions that the dogs were in, the police officers immediately reached out to the Animal Rescue Corps (ARC) organization for a helping hand.

According to the neighbours, the homeowners had been missing from the house for at least a week, leaving the animals to fend for themselves. The officers removed the dogs from the property and placed them in the care of ARC, where it was revealed that some of them were suffering from mange, dehydration, intestinal worms, parasites and alopecia. Now under the care of ARC the dogs have been receiving medical attention, food, water and safe place to sleep. As for the individuals responsible for this neglect, a husband and wife duo have been arrested and are now facing animal cruelty charges.

Once all of the dogs are physically healed and ARC has full custody of the dogs, they will begin to look for loving forever homes. ARC along with other rescue groups and shelters that are partnered with them, will work together to find the dogs homes. Take a look through the gallery below to see the touching moment that the dogs realized they were being rescued.

READ MORE: PUPPY GETS ABANDONED BY OWNER IN THE CRUELEST WAY

One of the dogs who was left to die.

One of the dogs who was left to die.

The moment he realized he was being rescued.

A Pit Bull abandoned without food or water.

The moment he realized he was being rescued.

A Chihuahua with mange.

One of the thirteen Chihuahuas left to die.

There were several litters of puppies on the property.

The dogs were dehydrated and suffering from various other illnesses.

6 Ways To Keep Your Dog Active, Regardless Of Restrictions

21 dogs rescued as part of an operation that has already saved 131 animals. These are true heroes!